I tried to install Solaris 10u6 in VirtualBox the other day, but whilst the install went OK, it never managed to boot – I even tried going back to using an IDE drive instead of SATA (which was the fix for 10u5 apparently) but that failed with the same problem – I think the virtual BIOS was not setting the disk ID’s consistently by the looks of the error message. I might try 10u5 later today.

M&D came over the other day and we watched Mamma Mia!, which was very good actually. Good music and very cleverly worked into the story.

Much better than Burn After Reading, which I’ve still not managed to finish watching after about four attempts. It seems to be the story of a failed spy whose memoirs are ransomed by a bungling personal trainer.

I also watched Taken, which was a very good action flick about a spy whose daughter is sold as a sex slave, and he has to rescue her.

I also noticed that Transporter 3 is out, hopefully that will be better than 2, although 1 was brilliant (and was also set around Nice, which was familiar).

Update: well I got Solaris 10u5 installed in VirtualBox, but GuestAdditions don’t work – they install and even appear to start as a service, but Xorg won’t start now! Also installing a newer kernel completely killed the install, so it would appear Sun’s xVM doesn’t like Sun’s Solaris.

Funnily enough, even though a five month old Solaris distribution doesn’t work, a beta version of Windows7 worked fine – At the moment its a glorified Vista though, almost nothing new except IE 8 and what looks like a Windows port of gDesklets! 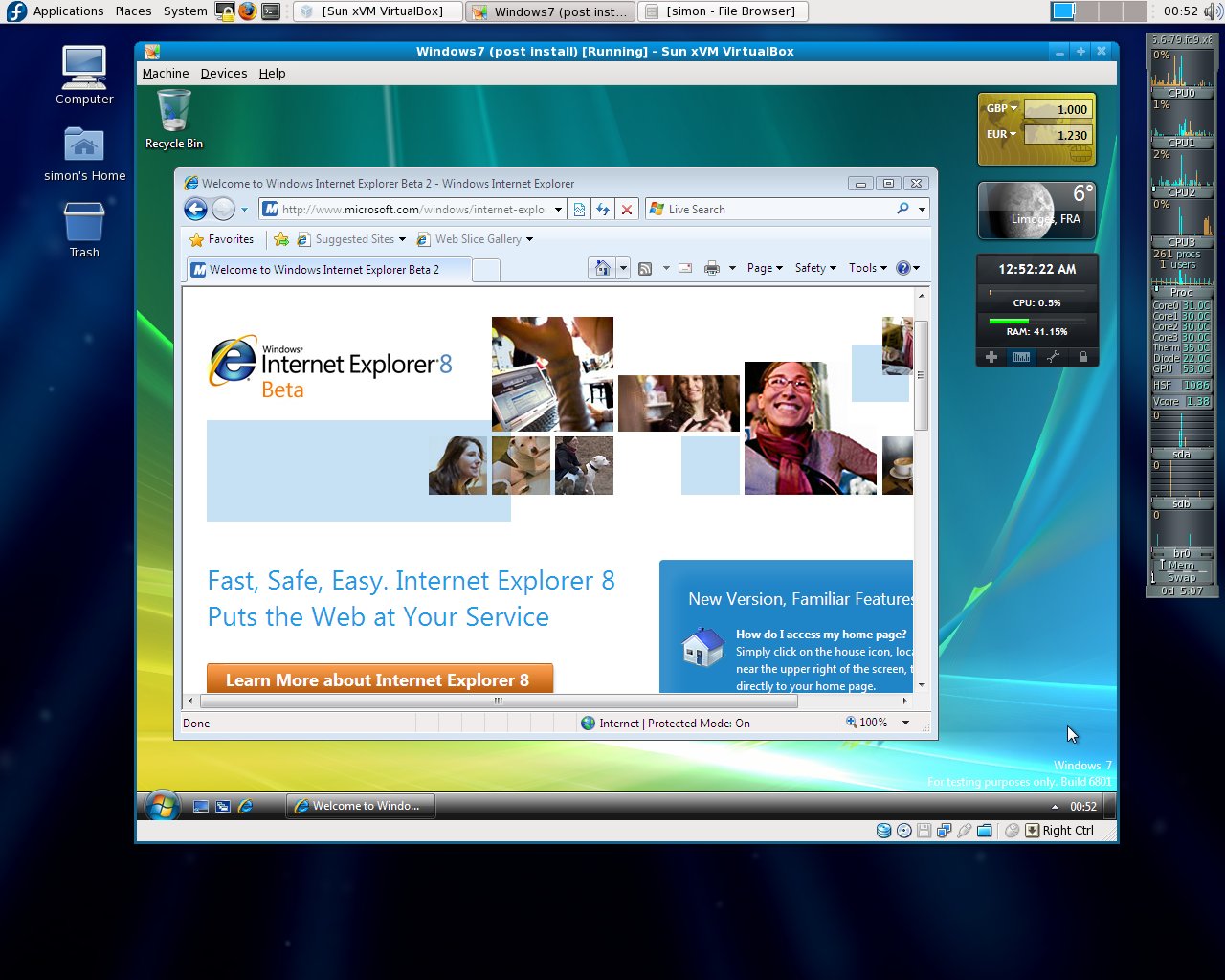 VMWare Server 1.0.8 was released, just a security fix now that 2.0 is the so-called “stable” branch. Installed without issue on Fedora7/2.6.23 kernel.

Update 2: turning off VT-X which switches Solaris into 32-Bit mode allowed me to install 10u6 as well as patch cluster and additions, however the additions don’t work very well. Screenshot