I’ve updated the python code having now migrated to RPIO for the GPIO control as its interrupt and debouncing setup is more complete as of v0.10.1 than GPIO 0.5.0a, and should soon make it into the Raspbian repositories.

So now you can find the code, including init script and Fritzing breadboard file, here

Functionality-wise it now does:

Next I’ve got to get some perspex for a case and glue things in place. In the meantime I’ve got to decide whether to purchase a Model-A or a second Model-B, and also think about switching to veroboard and put the button/LCD on wires instead of mounted directly on the breadboard.

Update: I received my RT5370-based wifi dongle today and whilst it works it suffers from the same “pulsing” noise out of the speakers as the RTL8188CUS. 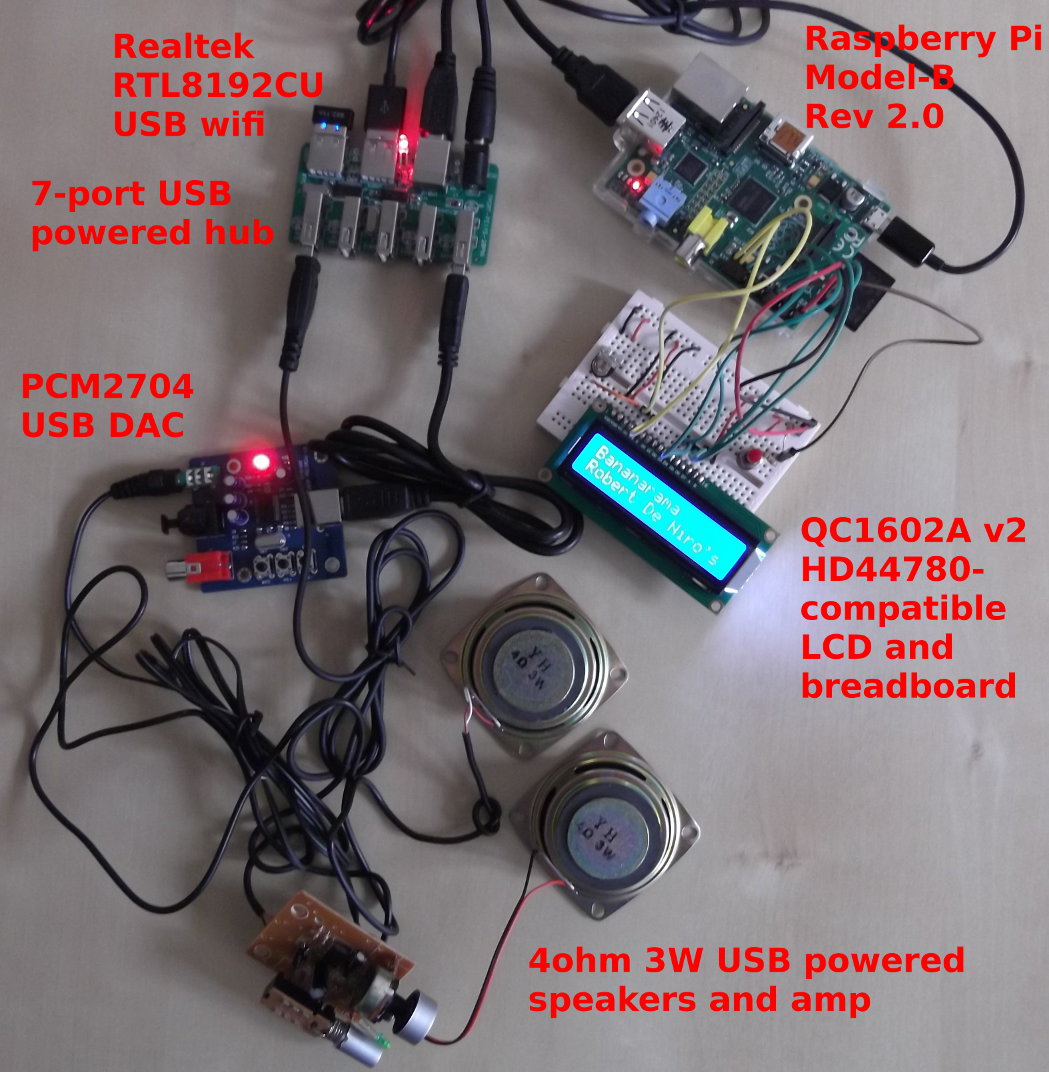