The entire code can be downloaded as a tarball

Here’s a photo of the Arduino transmitter, I’ve ordered a plastic project box to make it waterproof: 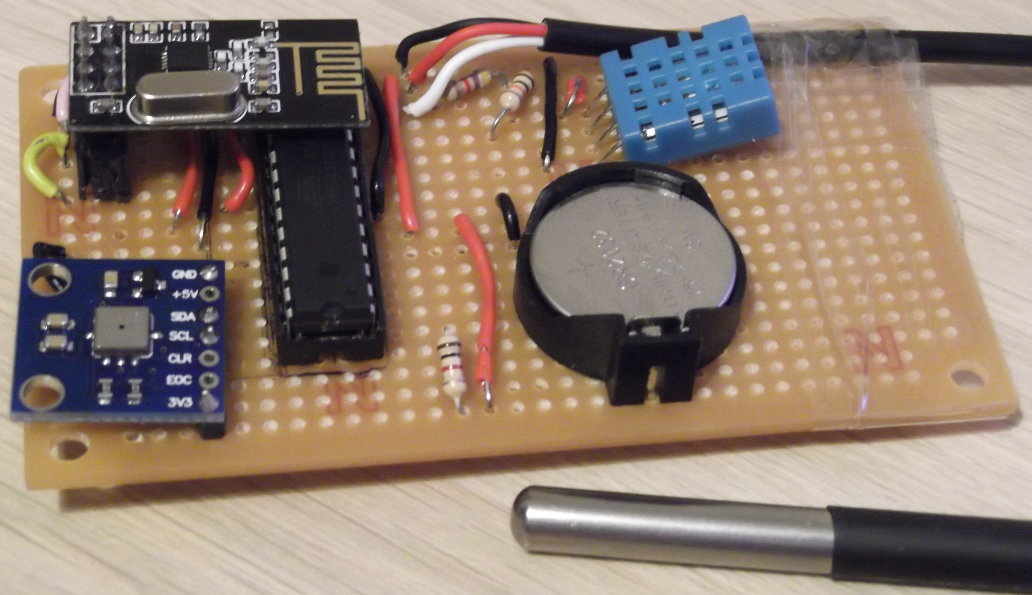 Next I’ve got to look into posting to Twitter and possibly overlaying the data onto a photo from the camera board. I’ve also got to add some error checking, as sometimes the DHT11 comes up with stupid values like 152% humidity. I assume that’s to do with the 3.3v – or possibly DHTlib, as I’ve never had the problem at 5v using the Adafruit lib in my LCD project.

My new PN+LNA+antenna RF24’s have arrived and work ok although the range doesn’t seem to be much longer – still can’t get even halfway down the garden, so range has increased by 2-3m at most. I’ve moved the Pi to my bedroom so it can reach the Arduino in the garden shed.

I received my USB-ASP and got it working with the IDE and even arduino-mk. I created /etc/udev/rules.d/74-usbasp.rules which allows users in the dialout group (same as the Arduino itself) to use the device without being root:

If the blog seems more sprightly, then that’s because I migrated to a new server as my previous hosts seem keen to wind down their VPS business and concentrate on “the cloud”. I also updated to WordPress 3.7