I’m going to get back into making Arduino sensors for the house/garden. I’m going to use the RF24Mesh library this time instead of just RF24Network so that the sensors can forward packets along from each other, hopefully meaning that I can use the smallest radio modules instead of the PA+LNA variants which suck a lot more current e.g. 45-115mA instead of 15mA.

I plan on using a bunch of 3.3v Sparkfun Pro Mini boards with the regulator/LED removed, and fed a clean 3.3v to VCC from a Pololu step-up regulator, with a 10uF decoupling capacitor across VCC/GND on the radio.

As I hate programming with a USB UART and dupont cables to the Pro Mini, I decided to make a little ISP breakout board. That means I can connect my USBASP using a regular 6-pin ICSP cable and feed the Mini 3.3v – I must remember to set the jumper! As luck would have it, it actually has the same pinout as the Pro Micro (contrary to various pinout documents) so I could even use it with that to make burning the Leonardo bootloader easier. 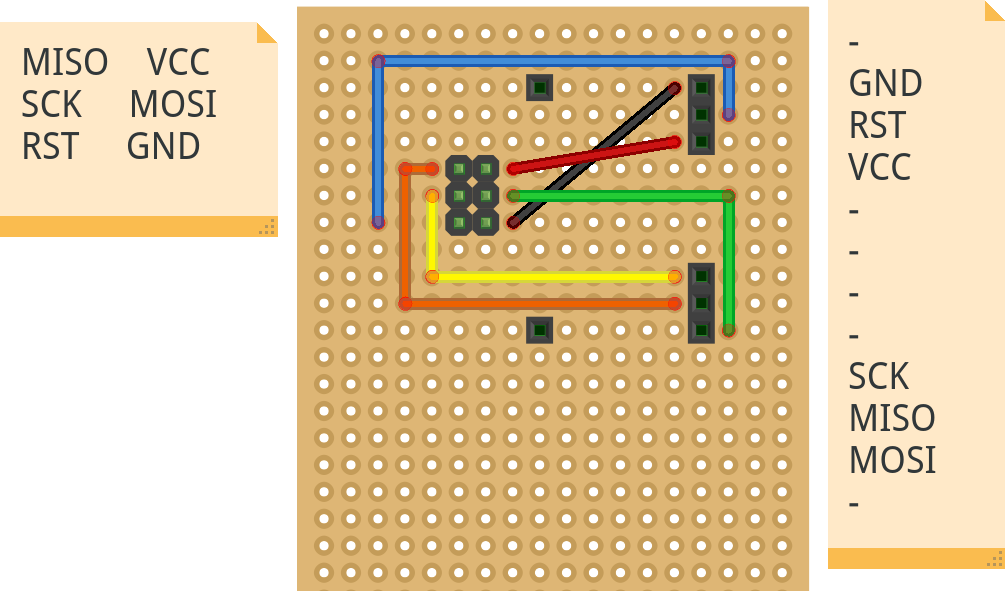 On the Raspberry Pi side I’m going to make a breakout board with a LM1117T-3.3 regulator to supply a clean 3.3v with enough current for the radio, from the 5v GPIO pin as the 3.3v GPIO pin can only source 50mA. It’ll also have a header for the radio and decoupling capacitors.

Both of these boards are going to make use of the 24×18 perfboards I got recently, rather than veroboard I usually use.