I’ve made the final iteration of my earlier Tiny LED Strip Driver project. I made the PCB in Kicad and sent it to be fabbed at JLCPCB for under a Pound per board, delivered in under two weeks! 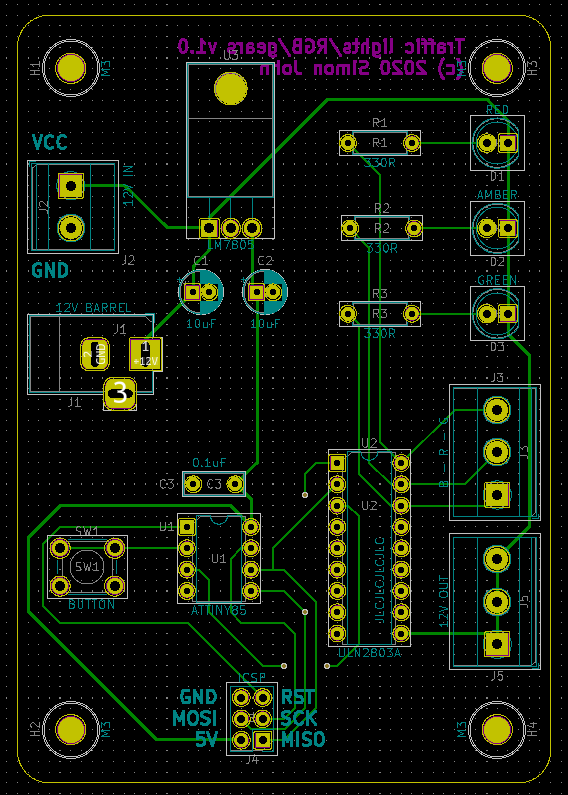 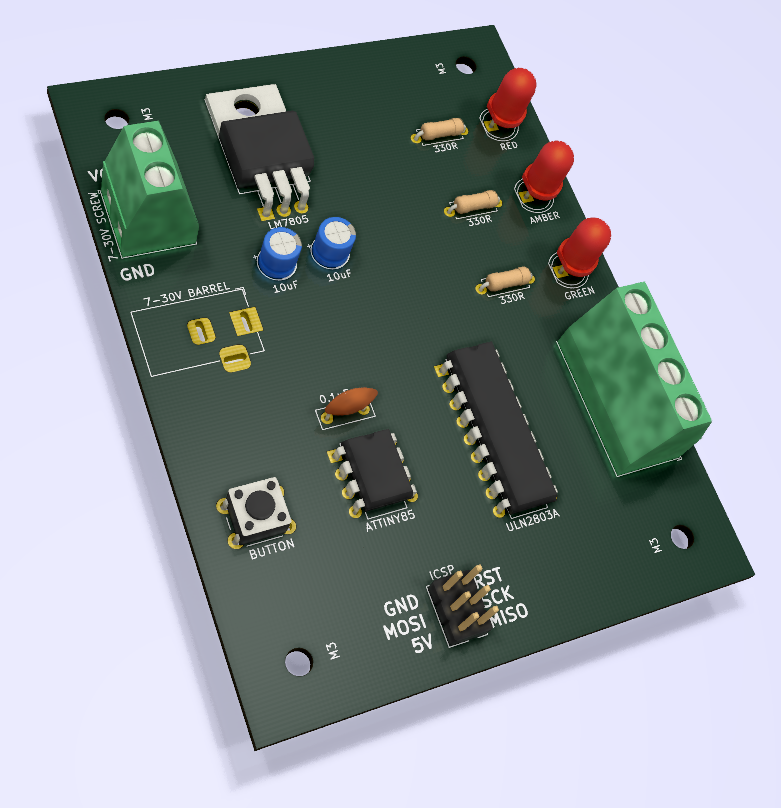 I then used Fusion 360 to make an enclosure for it. That wasn’t as easy as I thought, but I think I still have some things to learn - for example extruding the screw terminals from the PCB STEP file to make the holes in the case didn’t update when you moved the PCB up a bit to give more clearance. I think projecting the geometry and just extruding a square would be the way to go.

Also when shelling a round box (cube with fillets) it doesn’t apply internal fillets, you just get a cube, so again its better to extrude a square and fillet that rather than using shell. I was pleased with the countersunk screw holes I made inside the standoffs though. I also used my old semi-circle snap-fit method on the lid. 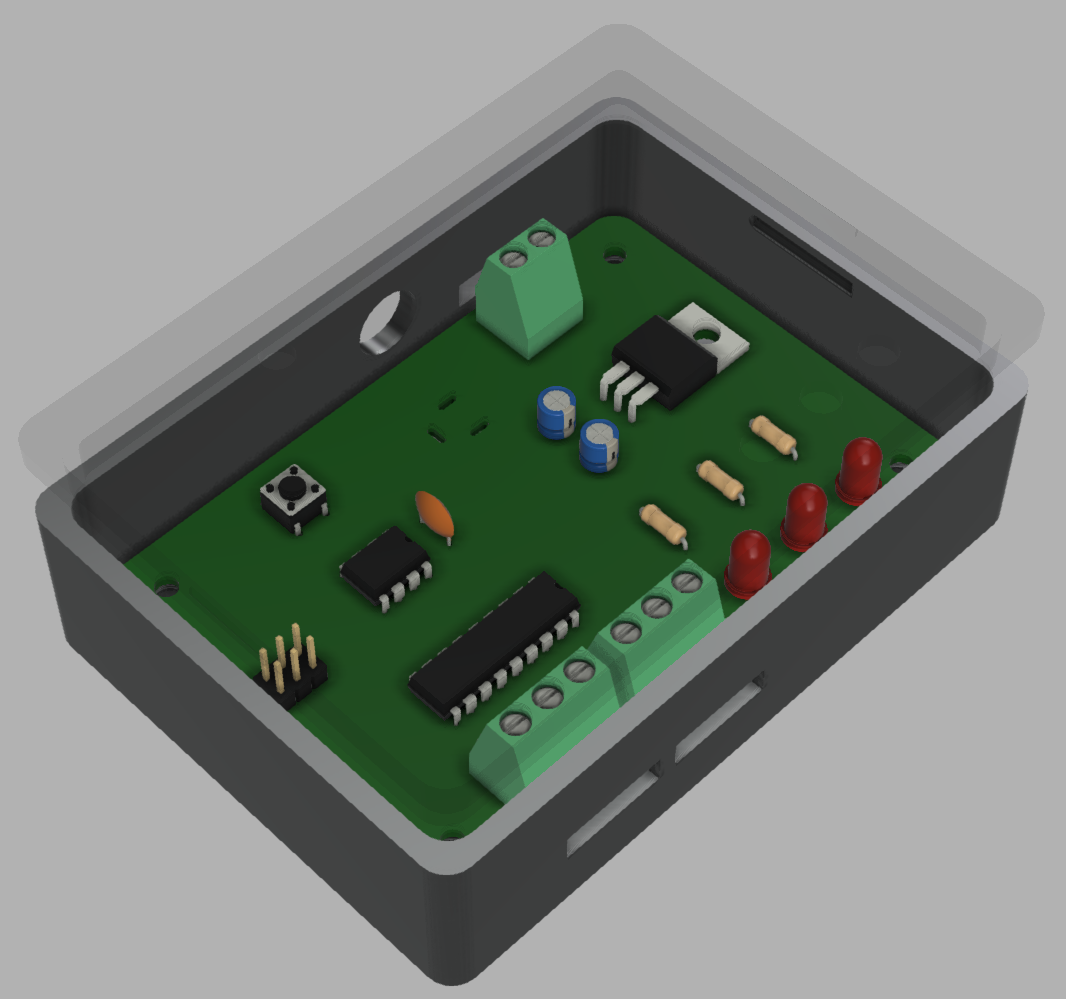 Finally here are the finished boards with the components soldered and in the enclosure: 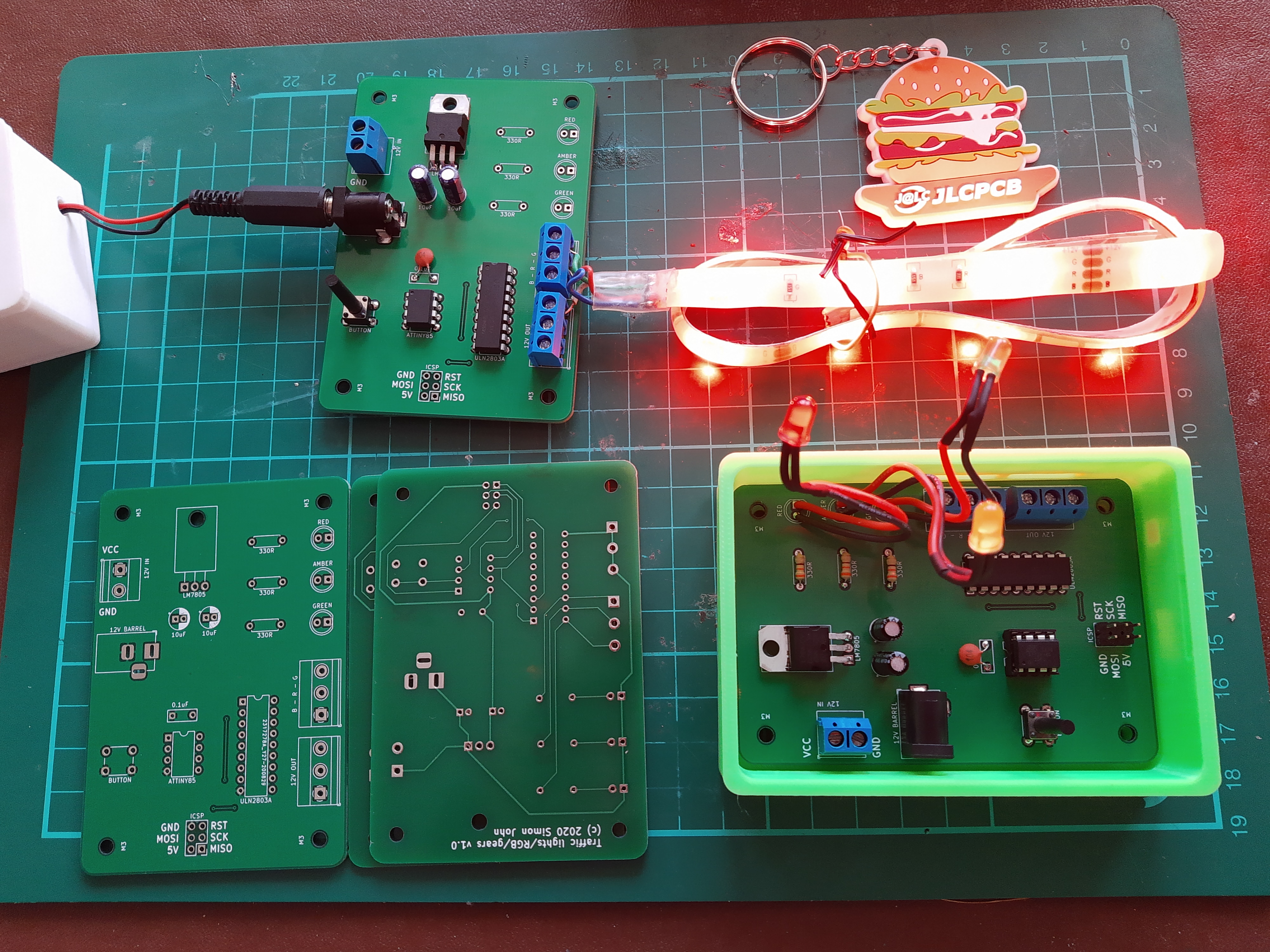 I’ve got some 6x6x25mm tactile pushbuttons on order as the 20mm ones are not quite long enough to protrude from the lid!

The software hasn’t changed much other than to re-order the output pins, but I’ve replaced arduino-mk with arduino-cli and the “tiny” core with ATTinyCore:

I had some issue with the EEPROM not always writing properly, so migrated to the new update() method instead of the old write() which seems to have solved the problem. Here’s the code for the traffic lights/gearbox: