I’m back from my trip to France – which got extended by a couple of days due to erm, snow. It was nice and relaxing, caught up with family and had some good food and drink. I took most of my stuff back with me, so I didn’t feel like I was living out of a suitcase whilst there, I was more settled.

I’m wishing I hadn’t bothered coming back now though, due to having to deal with agency and contract crap. It looks like I’m going to be sitting in Ipswich for a week unpaid whilst my contract is being haggled over. We’re losing at least one member of the team next week and the boss isn’t even in the office!

I got the fingerprint reader working on work’s laptop – there’s a PAM module that when setup will ask you to swipe your finger at the login prompt – or in the screensaver. Its a bit over-sensitive though. You can even use it as a scanner.

I’m incredibly bored today, I really feel like just sleeping through the weekend.

I’m watching Walk Hard, which is a parody of the Johnny Cash story; it started off as quite funny, but is dragging now after two hours.

Update: I got VMWare Server 2beta2 working on Linux today. Its still got the web GUI, but they’ve added the Remote Console, which is kind of like the old console, but looks like some sort of browser plugin/Java thing – as its pretty slow still, even with debugging/logging turned off. I guess I could start the server using the web interface, and then just use SSH/VNC for display. Ubuntu 7.10 worked fine (better than with 1.0.5 actually) but Win2003r2 lost sound. 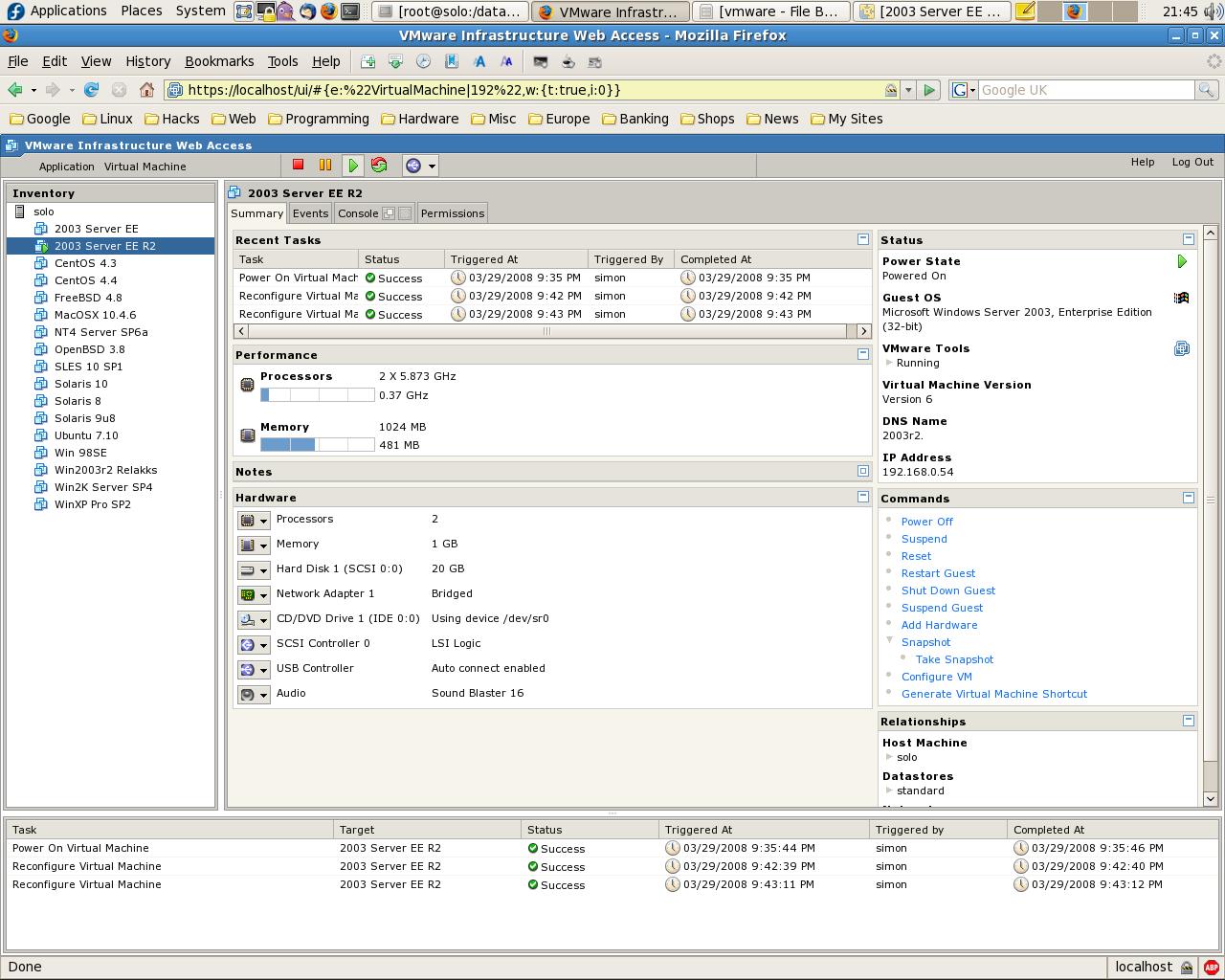