After having a chat with an old friend about RISC OS, I decided to hunt out my old ROMs and disk images and try out the RPCemu Linux port.

Actually its pretty good, certainly no VirtualRPC, but not bad, it runs RISC OS 4.02 just fine, I couldn’t get networking to work but did get HostFS to work (allows you to store RISC OS files on your plain Linux partition instead of using disk images). I tried to get Select to work, and whilst it installed and softloaded, it didn’t boot.

I ran some benchmarks and in everything but !Draw and Dhrystones it was between 4-80x the speed of my old 287MHz SA-RiscPC, and keeping up very well with the last version of the JIT-enabled RedSquirrel, that went on to become VirtualAcorn.

There’s still some mouse and keyboard issues, but it can do things like mount an ISO image as a CD-ROM drive.

I dug out all the old BASIC and ARM assembler programs I wrote and gave them a run. 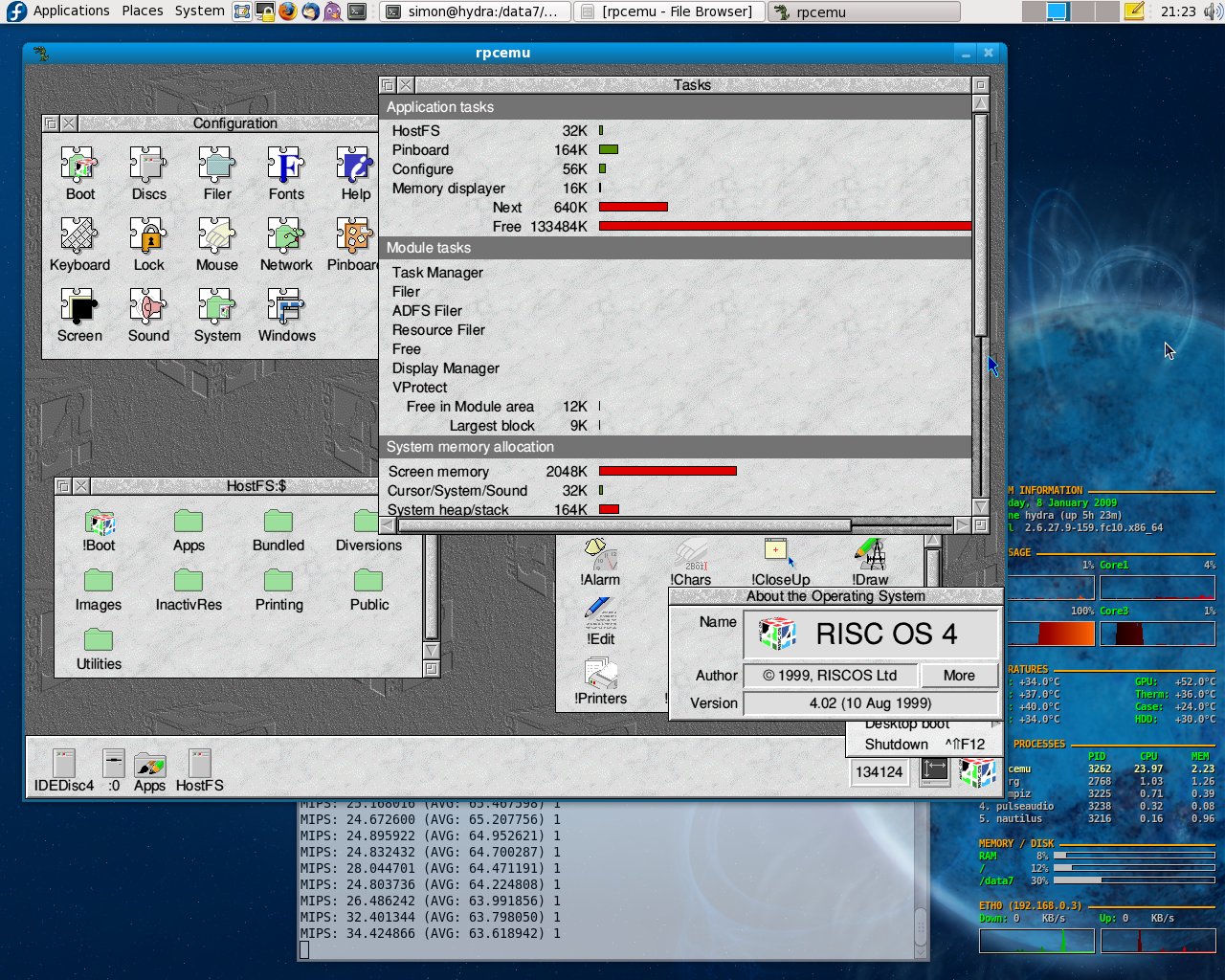 I just watched How to Lose Friends & Alienate People, which was an OK comedy with Simon Pegg, about a guy who wants to be in the “in” crowd, but later finds he really doesn’t.

I also watched the abysmal Kungfu Killer, which starred David Carradine and Daryl Hannah, obviously trying to cash in on Kill Bill. Nothing to do with the 60’s and 90’s series Kungfu, and really quite dire.

Finally I watched Defiance, which was a much better film than Bond for Daniel Craig. The true story of 1200 Jews who lived in the forests of Poland for three years during Nazi occupation.

I think I’m finally over my cold/flu after about three weeks. The weather’s breaking too I hope, it seems pretty cold still but no more snow and we’ve had a lot of sunshine.