I just made a portable power supply out of a few components. I wanted something more flexible than my bench supply. 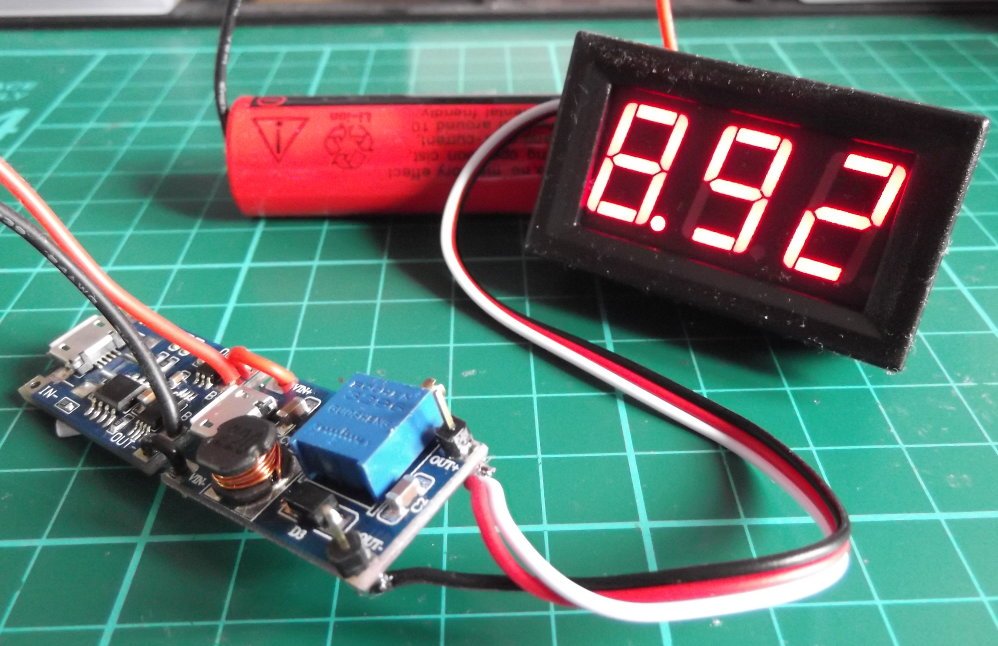 So the parts list is: TP4056, which can charge a LiIon or LiPo battery at the same time as powering a circuit from it, or USB. In powerbank terms it would be called pass-through. It also provides over [dis]charge protection but I don’t think reverse polarity protection (could be solved with a diode). I made another post detailing how to adjust the charge current, but I’ve left it at the default 1A for this project. I buy these in packs of five usually, they come to about 26p each.

Taking the output from that we have the voltmeter which samples the input and displays it on a nice 7-segment display. Cost me 76p. You have to wire the red and white wires both to the boost converter’s output as the display only works down to 4.5v, but in this configuration you can can power the boost converter from 2v and have the voltmeter still display as long as the boost’s output is 4.5v or more. Largely irrelevant in this project as the TP4056 output is always going to be above about 3.3v or so from the batteries. A smaller alternative without the case is this for 75p.

I soldered some pin headers onto the boost converter’s output pads alongiside the voltmeter wires. I also soldered some JST cables to the BAT +/- pads of the TP4056 as eventually I’ll use a LiPo battery instead of the Li-Ion (which I just temporarily connected using magnets). To charge the battery just connect a powerbank or whatever to the micro USB connector on the TP4056 board (not the one on the boost board). JST cables cost me 10p each in a pack of ten pairs (red+black female & red+black male, times ten).

I made some 3D printable containers for the individual parts but probably won’t use them for this project:

Update: I’m thinking about making a case that will hold the battery, boost, charger and voltmeter with a JST connector or Dupont cables or screw terminals as output, access to the potentiometer for adjusting the voltage and the micro USB port for charging; as everything is about the same size: 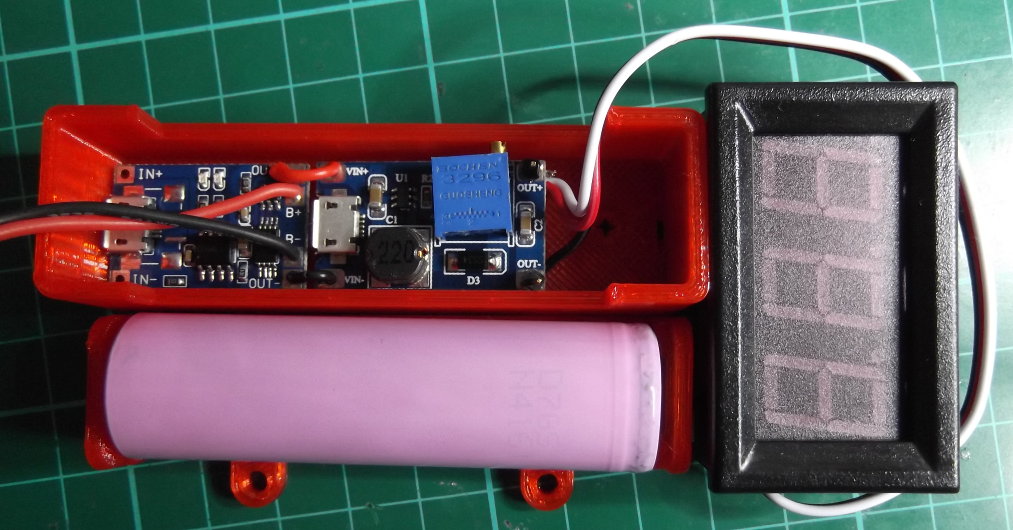 Update 2: I made the case, swapped the Li-Ion for a LiPo here.