I’ve been trying out Innotek VirtualBox today, its soon to be acquired by Sun to be the desktop part of their xVM system (Xen being the server part).

I installed Vista Ultimate no problem using it and performance doesn’t seem too bad – in fact its very nicely threaded as it seemed to split the load well over the two processors (P4HT).

It even has a seemless mode like the latest Parallels and VMWare. It has some nice features like a built-in RDP server which includes USB support, however the networking is still a bit naff – NAT works out of the box, but if you want to bridge to your LAN, then you have to write scripts using brctl. Also I’m not sure if you can specify how many vCPU’s to use or 32/64-Bit mode. 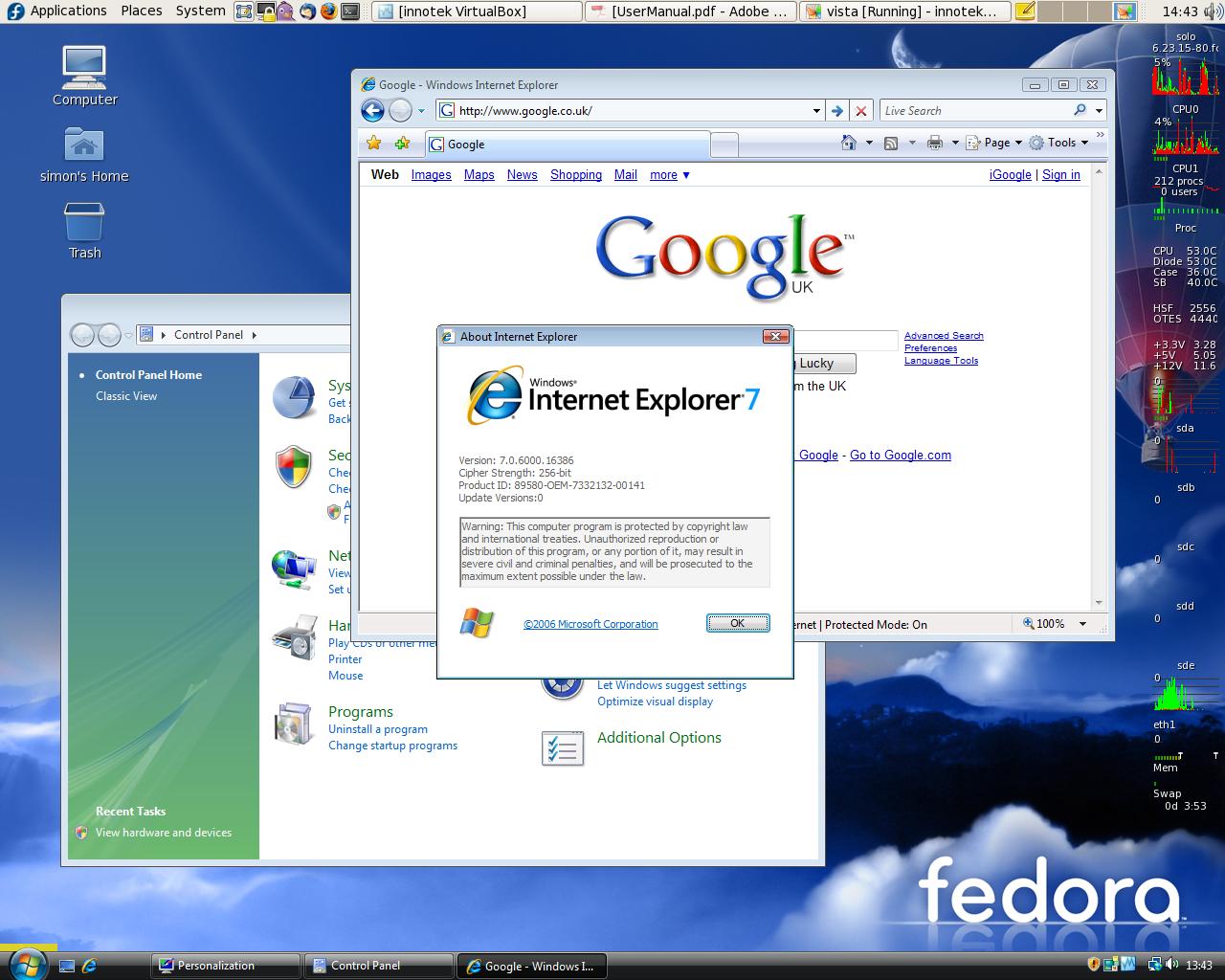 It has an opensource tarball version and a RPM binary version with extra features, and seems to be able to run OS/2 Warp – so better than VMWare/Parallels in that respect, and it seems to have a more professional GUI than KVM/Xen, although being a latecomer, its obvious how its learned from the competition.

For me its still not going to replace VMWare Server (unless they don’t get rid of that web GUI in v2) or outperform Xen/KVM (if you have the hardware) but its up there – especially as it has Solaris and Mac versions too.

Update: just watched Gone Baby Gone, which was an OK movie about a child being abducted. It did seem like the two main characters were written to be Ben Affleck and Liv Tyler though as they were made to look just like them. Disappointing ending.