I spent most of last night (bit sad innit?!) backing up my computers – well it started off as I thought I should clone my Mac Mini (in case I decide to buy OSX Lion) which I’ve never done before. 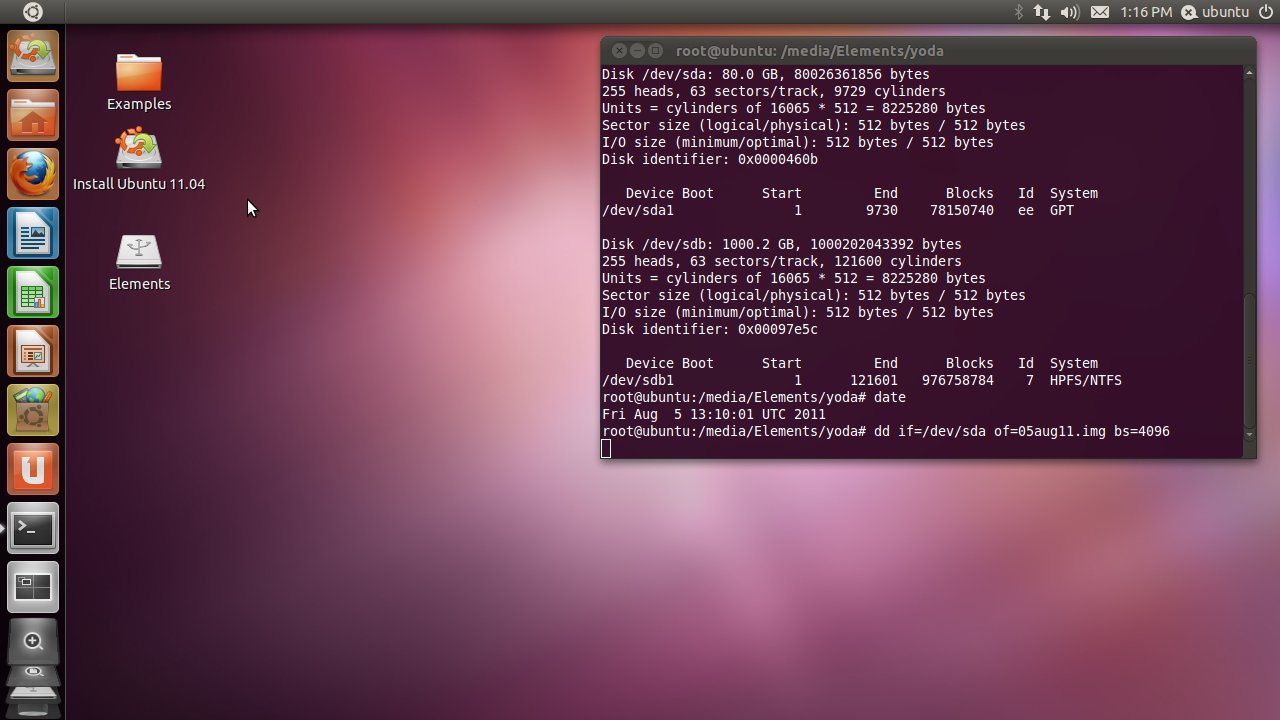 Did the same with the laptop, 160Gb image that time, but its XP+Fedora, did the 80Gb desktop the other day and the other 64Gb desktop a while back. I’ve got to clone my HTPC too, that’s running Win7+Fedora, think that’s 250Gb.

Then I backed up the images to my fileserver. I decided that over 300Gb of disk images (so far – all the PC’s would come to about 900Gb) was a bit much to keep on my desktop machine or eSATA backup drive, so I’ve just got images on the USB drive and the fileserver, I can’t see both failing. I’ve got a spare 1Tb drive lying around which I might get one of those weird docks for and free up a few hundred gigs on the fileserver!

Thinking about it, I should clone the fileserver’s boot drive too, although that would be a 250Gb image – I could just backup used blocks with Clonezilla or Acronis but I don’t trust either anymore. Maybe I’ll treat the fileserver to a little 64Gb SSD or something, its running Ubuntu 9.10 so could probably do with an upgrade when 11.10 gets released in October.

Halfway through all of this we had a power surge which rebooted my computers, so had to re-rsync the data drives on two of them and the eSATA drive, and check the image on the USB had copied properly to the fileserver (md5sum runs slow over USB2!) left that going this morning, its done now.